What to Do When Politics Threaten Your Relationship

There is plenty of research to indicate that Democrats and Republicans don’t typically seek one another out for romantic partnership. They usually avoid dating one another, choose not to be friends with each other, and can even dislike living near members of the opposite party. However, in the immortal words of Coulomb’s Law, opposites do, on occasion, attract. Nearly 30 percent of married households are bipartisan. Typically, one member of the partnership is an independent; however, one-third of bipartisan couples are comprised of Democrats married to Republicans. Unfortunately, politics have never felt more divisive in recent years. Democrats’ and Republicans’ political beliefs and stances have become increasingly partisan, and vitriol is continuously spat at the “other” side by everyone from news pundits to national political leaders.

There is evidence that this political divide has started to impact family and friend relationships and even romantic relationships negatively, too. A Wakefield research study conducted in 2017 found that more than 11 percent of American couples have ended a romantic relationship due to political differences. When millennials were surveyed, that number increased to 22 percent. Unsurprisingly, lots of people know of couples whose marriage or partnership has been impacted by politics, especially after the 2016 election.

So how do you prevent your relationship from becoming another statistic if you’ve paired with a partner who doesn’t share your political views? What do you do when your relationship is threatened by these differences? 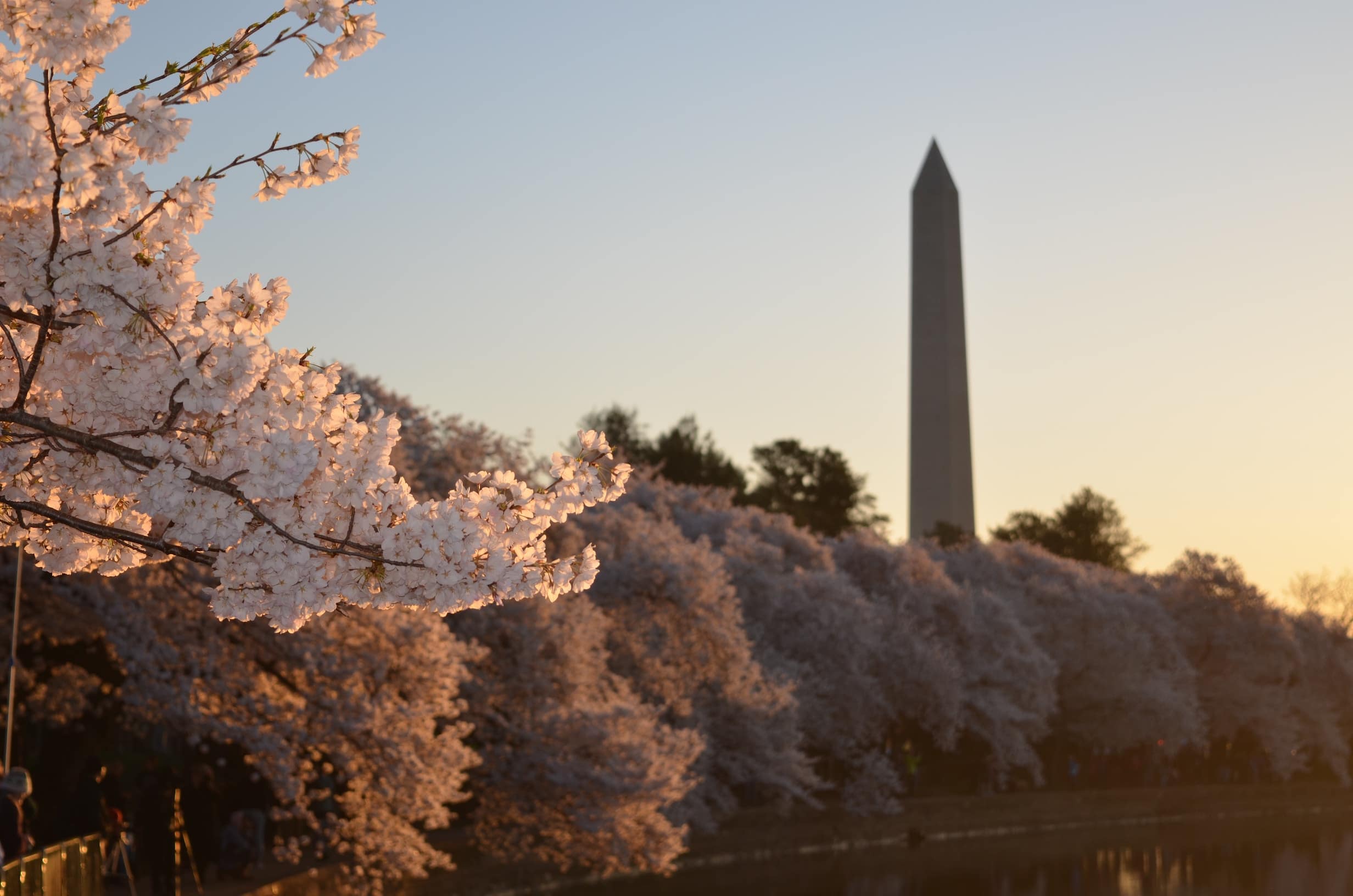 Make your home a politics-free zone

One option for dealing with the stress of loving a partner who doesn’t vote along the same party lines as you is to make your home a neutral zone. This isn’t to say you should altogether avoid discussing politics; however, your home should feel like a pleasant, peaceful space for both of you. If you designate your house a “politics-free” zone, you can create a home that feels inviting and comfortable, rather than a breeding ground for ruined relationships. If neither of you can avoid discussing political issues, then you can create a more metaphorical politics-free space, such as a time of day. You may wish to avoid political discussions at the dinner table or right before bed, for example. This strategy is apt to be most successful for a couple for whom politics isn’t a big part of either one’s life.

When politics as a whole, or a recent political event, is significant to one or both of you, it’s not a wise strategy to avoid it — just like it would be detrimental to avoid any other relevant topic. While making your house a welcoming home for both of you is vital, you shouldn’t necessarily avoid discussing politics altogether. If politics is important enough to both of you that it is causing strife in your relationship, not talking about politics and ignoring your differences won’t necessarily help you. You run the risk of creating a dynamic in which your relationship becomes “surface level” rather than deep and meaningful. Instead, finding a way to communicate your differing opinions effectively is vital. When beginning a potentially tense political discussion, keep the following things in mind:

This is not a zero-sum game

It is unlikely that you’ll change your partner’s mind during a political conversation. It is a common fallacy that political discussions must be won and that one side is inherently correct and the other is entirely wrong. When you talk politics, try to reframe your outlook on these kinds of conversations. There is nothing to win or lose. Instead, please think of this conversation as an opportunity to better understand your partner’s outlook and to empathize with them.

Stay open and slow down

Keep an open mind when entering a political conversation. Strive to hear and accept what your partner has to say, without digging in your heels. During any political argument, do your best to resist the typical knee-jerk reaction of jumping to defend your position without genuinely listening to what your partner is saying. If they present real, documented facts, don’t refute them without doing some research on your own. Instead, be an active listener and take deep breaths before any reaction or rebuttal.

Though you may find that you’re wrong, you may also find that you’re right. It’s also important to remember that though you don’t need to agree with your partner’s opinion, you do have to validate their feelings and acknowledge their willingness to be open and vulnerable with you if you want to enhance their health and well-being and also positively contribute to your relationship.

Stick with the facts

Sticking with the facts is critical. Anecdotes, hearsay, or rumors are not substantial evidence to support your position. Since “fake news” is thrown around and used to negate an opposing viewpoint, finding the truth can be difficult. Source your facts from neutral news sources and independent research. Reuters, ProPublica, C-Span, PolitiFact, and FactCheck are just a few independent sources from which you can gather analysis. If you are getting your news from a television network, consider the owners of that network and what their motivations may be for reporting the story in the manner they do. Moreover, no matter whether it’s a liberal or conservative source, keep in mind that fear sells, especially when it comes to politics. It also drives engagement on social media and viewership, which is what any news outlet strives to achieve.

Avoid broad strokes when discussing politics. Instead, focus on single topics. Don’t malign or attack your partner’s political party. This is the easiest way to get your partner to shut down. Instead, discuss issues as stand-alone topics and appeal to your partner’s emotions. Though it shouldn’t be your goal to change your partner’s opinion, it is more likely that you’ll get them to understand your position if you frame the issue in a positive light. Don’t discuss all the negative outcomes of disagreeing with your side. Instead, consider the positive results of leaning a certain way towards a topic.

This is easier said than done, but if a political conversation doesn’t go how you had hoped, it’s essential to let it go. Take a moment to cool off. This moment may be an ideal time to practice some mindful meditation. Find a quiet spot and take the time to scan your body, check in with yourself, identify what emotions you’re feeling, and gently let your feelings of tension, anxiety, or anger pass without judgment.

As in any argument or heated discussion, it’s essential to take time to self-reflect. Were you a bit too abrasive with your partner? Were you genuinely open to listening to your partner, or were you more interested in attacking their viewpoints? Take ownership of your behavior, positive and negative, in the context of these conversations. It’s more likely that you’ll have productive discussions if you’re able to avoid finger-pointing.

Be wary of bullying

Discussions around politics can get heated very quickly. However, that’s not an excuse to verbally attack your partner or to criticize them for their convictions. Likewise, if you feel that your partner is bullying you or treating you with anything other than respect, it’s time to take a step back from the conversation and to set some ground rules for how the two of you engage in difficult conversations.

No matter your political leanings, we at the Therapy Group of DC urge you to keep in mind that first and foremost, the two of you committed to each other. You’re on the same team for a reason. If the only thing the two of you disagree on is politics, you’re probably in good shape — especially if you know how to communicate effectively. Remember how important it is to respect and accept your partner unconditionally.

Nurture your sense of gratitude for your partner. Remember all the times they were there for you when it mattered and all the little things they do for you daily. Of course, if you feel that you’re not fighting “well” or if you both think that you need a mediator to move forward in your relationship, couples therapy is always an option.

Whether you and your partner are affiliated with the same political party or split down party lines, it’s important to remember that disagreements of any kind are a natural part of any long term relationship. The beautiful thing about a romantic relationship is that two different people have decided to make a life together and to form a wholly unique unit.

If politics happen to cause tension and difficult conversations, the two of you have an excellent opportunity to exercise effective communication and to understand one another better. Despite the caustic atmosphere of today’s politics, it doesn’t have to end up ruining your relationship. Instead, the two of you can work together to prove that a bipartisan partnership is possible and likely even has its own unique benefits.